December 29, 2016
Have you ever wondered why the female best friend in every movie is such a mess??

They meet a guy. They flirt awkwardly trying to imitate women they've seen in movies or follow advice they read in a magazine (that was probably written by a man). If they get rejected they sink into depression almost immediately until they read a self-help book that gives them some more terrible advice that they've never tried before. And then it's back on that horse again and again until they meet an equally awkward man who is "perfect" for them. If they do land a date with someone that we consider "out of their league" it is only a matter of time before they screw it up. What do they do? All the old faithfuls! Too clingy, too needy, too emotional, too desperate, too demanding, too high maintenance, too honest. They freak the guy out by acting completely irrationally. When the guy is nice to them they assume he likes them and respond in kind. When they're away from their man they text him to find out how his day is going. When they are upset they turn to the guy for comfort and advice. Get a grip, woman! Stop acting SO CRAZY. Stop being SO NEEDY. You will SCARE HIM AWAY. Why is this woman always portrayed so negatively in the movies that women watch? Why is she always the example of a "stereotypical" woman that we should all strive not to be? Do you know how much time women spend in their lives doing everything they can to be the opposite of this kind of woman? It is EXHAUSTING.

Stop me if this sounds familiar. You like a guy, he tells you he likes you back. You go on a few dates, or you might even be in a semi-casual relationship. You don't spend all your time together because it's still new so sometimes you text him. Often he doesn't text back for ages, or at all. When he does he just says that he doesn't really like texting, or he prefers face-to-face conversations. Yeah that's great but if you suggest spending more time together he might think you're being too intense too early in the relationship. So instead you try not to text too often so that you don't SCARE HIM AWAY. You try not to mind that he hardly ever responds when you do text. You don't want to see NEEDY. 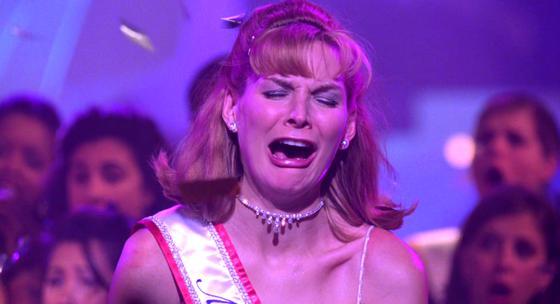 Why do we care so much about not being this woman? She is someone who is willing to put herself out there and be honest about her intentions. Why do we care more about playing some game in which the dealer always wins than we do about just acting like a normal human being?

Imagine a new friend who was acting this way. Not texting you back, not bothering to meet up with you, acting like they don't really care about the friendship and leaving you to do all the work. Would that be OK? Would you just accept that as par for the course and keep trying to create a meaningful connection with them over time? No! The rewards do not justify the costs. And there are severe costs. By the time you end up in an actual relationship with this guy do you think the playing field has evened out? Of course not. Now when you say what you feel you are no longer clingy. You are a NAG. Stop NAGGING your man and let him be. So what if he forgets things that are important to you, or doesn't take your feelings into account, or won't compromise. He is a BEAUTIFUL GOLDEN MAN and you are LUCKY to have him. But by that stage women are so tired of having to be the chill girlfriend that they just can't hold it in anymore. All of the things they wanted to say during the early stages of the dating process come flooding out in one go and no one is happy.

If we were allowed to be ourselves throughout the courtship without the social stigma surrounding "desperate women" then men wouldn't be so surprised by how women act when they're in a relationship. Men can say and do whatever they want from the very first date without fear of being blamed for the relationship failing. Women spend hours, days, months with their friends going over every detail to figure out what happened and who is to blame. Mostly they take that blame on to themselves. Men just tell their friends the girl was CRAZY.

If disagreeing with something a man says is crazy then I'm guilty as charged. If not laughing at a man's joke because it wasn't funny and might possibly have been a bit offensive is crazy then add me to the list. If texting a man two or three times in a row without response because he said he liked you is crazy then I don't even understand what the word crazy means anymore but I want it fucking tattooed on my forehead!

Be clingy. Be needy. Be emotional. Be honest. Be CRAZY.