Review: Paper Towns (from a Feminist vs. Naive Tween perspective)

September 18, 2015
Can you turn off your feminist side? Paper Towns review

-          In which I try to enjoy a John Green movie with my romantic teenage mind but my cynical feminist thoughts keep interrupting. **SPOILER ALERT**

Opening sequence
Teenage Me: Nat Wolff is the perfect choice for this part. He’s so adorable, I don’t understand why Cara Delevingne doesn’t like him!
Feminist Mind: Hmmm, maybe it’s because he watches her while she’s in the privacy of her own home. He literally just mentioned that her blinds are never down, how does he know that? Because he’s WATCHING HER 24/7!
TM: Yes but it’s an act of love! He’s the only one who understands her!
FM: You’re right. After all, they were friends when they were both eight and haven’t hung out since then. He clearly knows her way better than her current friends and boyfriend.

Cara and Nat go on a fun night-time adventure around New York
TM: I wish I was spontaneous and daring like her! I can never come up with good pranks.
FM: Ok I get that her boyfriend cheated on her so she wants revenge, but why is she seran wrapping her best friend’s car again? Firstly, how does she know this friend knew about the cheating? Secondly, what has she really accomplished here? Seran wrap can easily be removed.
TM: Why don’t I make friends with the doormen of major companies so that I can go visit their private offices after hours?! Plus she leans out the car window, so cool!
FM: The view is pretty and all, but surely that place has security footage and the doorman could get in serious trouble. What if one of the teens gets injured? Will the company’s insurance cover it? Bet you anything the kids’ parents would sue the company for their children getting hurt on private property in the middle of the night. America. Also, I hope Cara gets hit in the face by a street sign. There’s a reason you’re supposed to stay inside of the car while it’s in motion.

Cara disappears and leaves clues
TM: This is so romantic, it’s a like a treasure hunt that will lead him to his true love! Clearly this is a challenge, and if he gets it right she’ll realise he’s the one!
FM: These clues are incredibly vague. If she really liked him she would have taken him with her! If you want to be with someone you don’t just leave it up to chance! She hasn’t hung out with him for 10 years so how could she know that he would be good at solving clues? Then again, she must have noticed that he is OBSESSED with her. Maybe this is payback for that creepy little peeping Tom. He will spend his whole life trying to find her, keeping other women safe from his perverted nature.
TM: Why are you being like this? Any girl would be lucky to have a guy take this much interest in her!
FM: In real life if a guy was constantly watching and following you it would not be romantic, it would be the grounds for a restraining order. 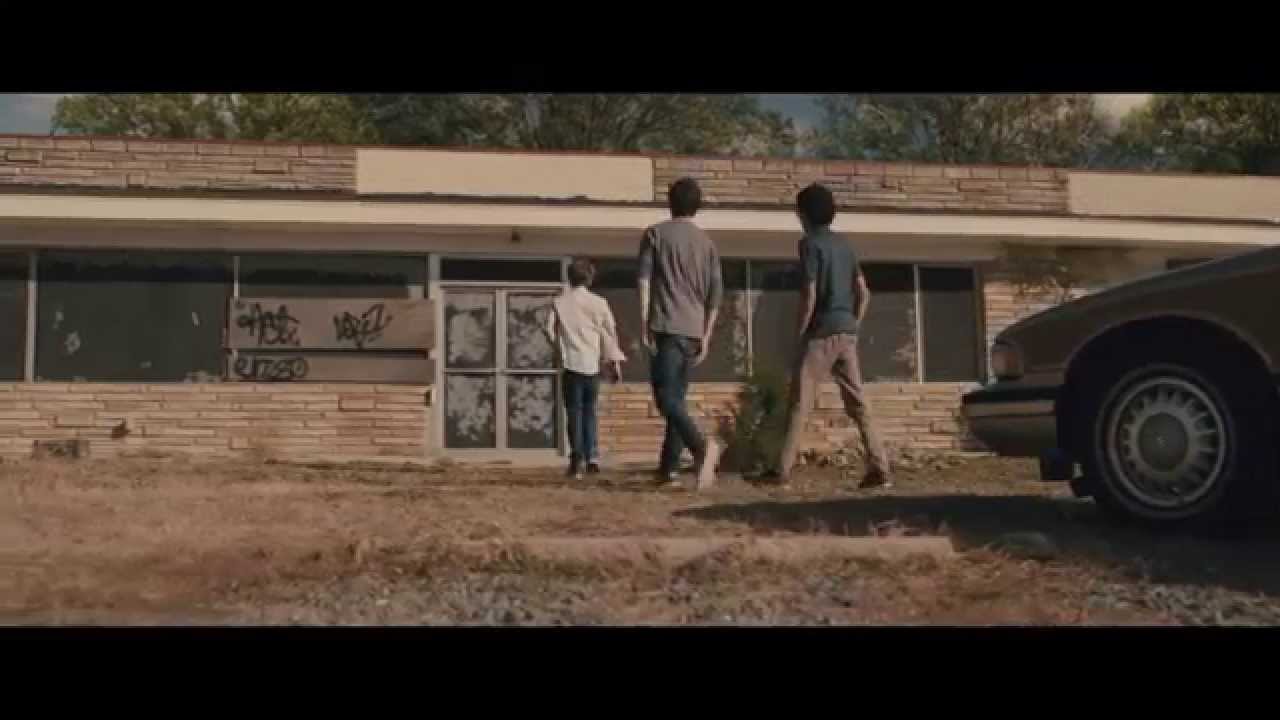 Boys find abandoned shop
TM: Nat is really good at finding clues. I hope Cara is in this abandoned building!
FM: I hope Cara’s corpse has not been left in this abandoned building by her attacker. We still don’t know that she left willingly. Why is no one taking her disappearance seriously? If we weren’t watching this movie through Nat’s eyes I would assume he had abducted her and was holding her hostage in a deluded attempt to make her love him despite his lack of appeal. Maybe that will be the twist at the end…

Party
TM: American teens have way cooler parties than us! Dammit, why doesn’t anyone I know have a pool in their garden??
FM: Wait, so are these boys outcasts? Because they seem to have gotten into this cool kids party very easily. And now that ginger guy is drinking beer upside down and seems to be integrating very easily into the party scene. Surely this is not an accurate description of how nerdy kids are supposed to be treated in high school. Oh no, Nat, do not sneak into the quarter back’s bedroom! It’s bad enough that you stalk Cara, let’s not spread that to any other young victims.

Roadtrip
TM: Seriously, is there anything more fun in a movie than a roadtrip!? Remember Britney Spears in “Crossroads”?
FM: Of course I do, it was iconic! But I don’t want to think about it or I’ll start to see all the problems with it through my new feminist outlook. Anyway, sure it’s fun that they are going on a roadtrip but it is also so obsessive! She hasn’t made any contact with him, and obviously ran away for a reason so why is he determined to find her! If I wanted to escape from my life I definitely wouldn’t want some teenage boy I’ve hung out with once every 10 years to arrive with a bunch of his bros and the friend who’s car I seran wrapped. When I seran wrap someone’s car it’s a clear sign that I do NOT want them to go on a roadtrip to visit me at my secret hideaway.
TM: Aw everyone is being so romantic and poor Nat is all alone.
FM: Don’t worry, he has his feverish obsession to keep him warm. So long as the manic pixie dreamgirl stays just out of reach she can retain the fantasy of perfection. I don’t want to think about what he’ll do when he finds her and she’s just a regular woman. And why did her friend ask his friend to prom? They clearly have nothing in common and don’t seem to have any chemistry. Is this just because they’ve all been in a car together for so long that they have forgotten that the rest of humanity exists? In real life do people just pair up with the people who are physically closest to them? Actually, I may be on to something here… 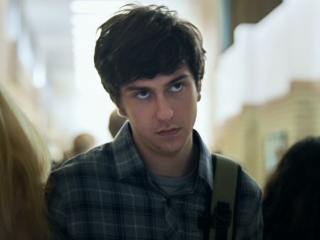 Fight scene
TM: Why does no one understand how important this is to Nat? Who cares about prom! And where is Cara? The movie better not end like this or I’ll be so mad!
FM: Sure Nat, lash out at the friends who came on this stupid stalker-ish roadtrip with you even though they had nothing to gain from it. Real nice. It’s definitely their fault that you developed a crush on a girl 10 years ago and refused to move on with your life despite her not encouraging you or responding to your advances in any way.

Finding Cara
TM: There she is! She looks so surprised! Now she can finally understand that Nat will do anything for her.
FM: Oh yes! Not quite the reception you were expecting, was it Nat? She actually seems pretty freaked out that you came the whole way here confessing your love for someone you barely know. This is excellent, you tell him Cara! It is really nice to see the manic pixie dream girl call out the creepy guy for once instead of falling for his average guy charms. You created a girl in your mind based on superficial things like watching someone from the outside instead of getting to know them on the inside (no sexual reference intended). What did you think was going to happen!?
TM: This is so sad! Oh no, poor Nat! I can’t believe Cara is being such a bitch. I’m definitely going to unfollow her on Instagram.
FM: This is exactly how all these kind of movies should end. Although, I would like her to address the peeping Tom aspect of this whole thing…Why did she even offer to let him stay with her? They are so incompatible it’s insane! That relationship would never work, nor should she want it too. She needs to go to some other town and this time leave no clues for her personal stalkers to follow.

Prom
TM: I guess, in the end friends are the most important thing? That’s an ok ending.


FM: I mean, they’re all going to college so it seems unlikely their friendship will last very long since it’s based on them joining together as outcasts, but yes. Sure. Friendship is the most important thing.

Have you ever wondered why the female best friend in every movie is such a mess??

They meet a guy. They flirt awkwardly trying to imitate women they've seen in movies or follow advice they read in a magazine (that was probably written by a man). If they get rejected they sink into depression almost immediately until they read a self-help book that gives them some more terrible advice that they've never tried before. And then it's back on that horse again and again until they meet an equally awkward man who is "perfect" for them. If they do land a date with someone that we consider "ou…